My wife’s birth father was named Sonny. She never knew him very well, as he left when she was very young. She can barely remember him, but she’s searched for his legacy throughout her life.

Sonny was a fisherman and boat captain. Early on, he ran an offshore boat out of Ocean City Maryland. Kim would spend her vacations at the beach trolling the marinas and fishermen bars looking for him, or someone that knew him. She never picked up his trail.

Then one day when she was twenty, she got a call from law enforcement in North Carolina. Sonny was dead. Could she come to identify his body? She didn’t know what he might look like at this point, but she went. She saw him there in the morgue and collected his meager belongings.

The picture below was in his stuff. The identity of the woman is unknown. 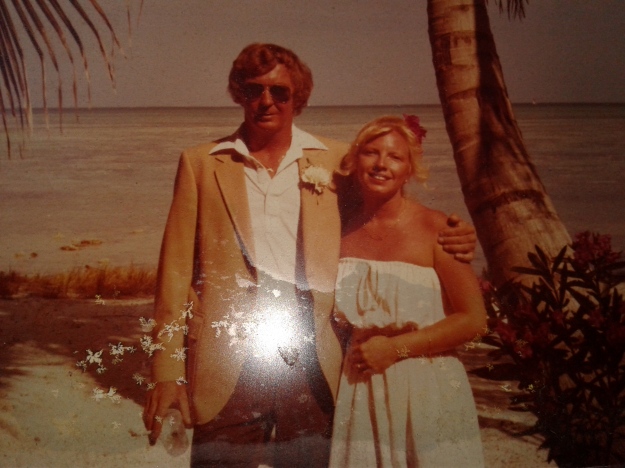 Two years ago, we decided to look further into the life of a man neither of us knew. We knew that he had fished out of Bud & Mary’s Marina in Islamorada. We traveled to the Keys aboard out boat and began our research. At Bud & Mary’s we learned the names of a few guys that had fished with him years ago. One of them was still fishing. He was based out of the LoreLei these days and lived on Plantation Key. We tracked him down.

John Kipp was good friends with Sonny back in the 70’s and early 80’s. He knew a lot about Kim’s father. We also found another friend, Bert Rogers. Sonny worked on Bert’s father’s boat for ten years. The two became good friends and stayed in touch over the years. The two of them provided us with a picture of the man.

He wasn’t cut out for marriage, and obviously shirked his duties as a father. Though he did keep a worn picture of Kim in his wallet. He was a fishermen and boat captain. That was his life. He could find the fish. He could run any kind of boat. He won the very first White Marlin Open in Ocean City.

He’s on the right: 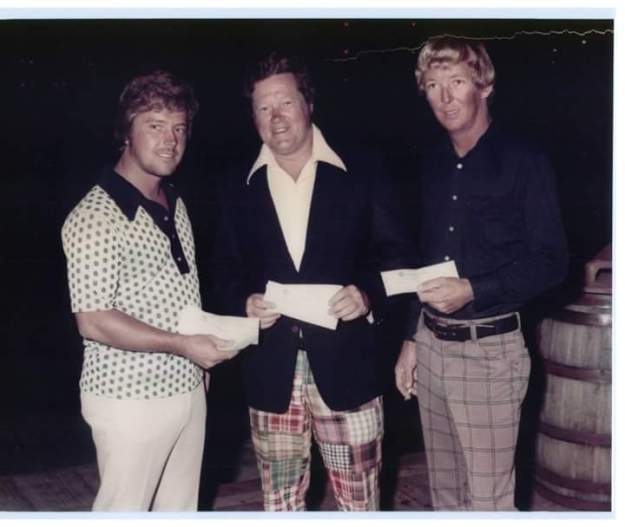 Even after he moved to the Keys, he returned each year to fish the White Marlin Open, which is now the richest billfish tournament in the world.

For a while, he made it work. He paid his slip rent on time at Bud & Mary’s and put up with the tourists. Finally, hard living caught up with him. He suffered a massive heart attack while commercial fishing for tuna out of Oregon Inlet. The boat was loaded with yellowfin. He was in his young forties.

His friends hinted at drug use and maybe a few stints at smuggling. Every story highlighted his ability to catch fish and handle a boat. That’s what he did. That who he was.

On one occasion, Sonny and John Kipp were hanging out with some “ladies” who invited them to a party on a sailboat in Coconut Grove. They arrived to find that the boat’s owner was David Crosby of Crosby, Stills and Nash fame. Crosby brought a young friend who played guitar and sang some songs. No one had ever heard of him at the time, but his name was Jimmy Buffett.

2 thoughts on “The Legend of Captain Sonny”