The area we live in is becoming uninhabitable. The dangerous state of our ecosystem is beyond alarming. We don’t just live near the water, we live ON the water. Lately, it’s gotten hard to stand. We’re suffering respiratory issues. We cough through scratchy throats. Sometimes our eyes are irritated as well. The death and destruction all around us are sad to witness.

That’s Boca Grande, playground of the rich and famous.

This was from Lemon Bay, Englewood, Florida.

We have a combination of severe Red Tide and Blue-Green Algae. The Red Tide has been hanging around for months. Locals say it’s the worst they’ve ever seen. From Boca to Venice, the beaches are off-limits. The best thing about living here is going to the beach, or was anyway.

Further south, the problem is thick and green. Who wants to get anywhere near that? 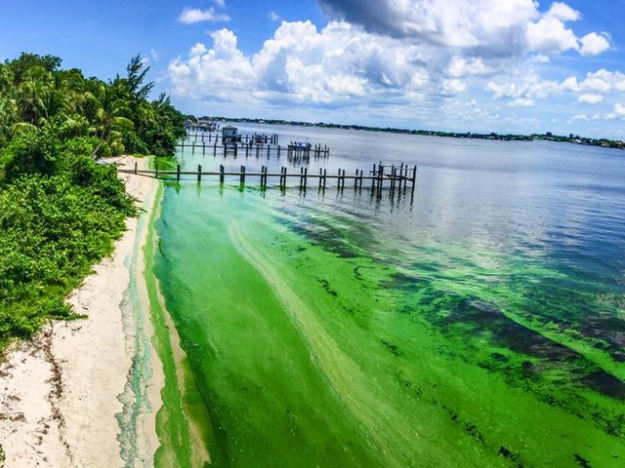 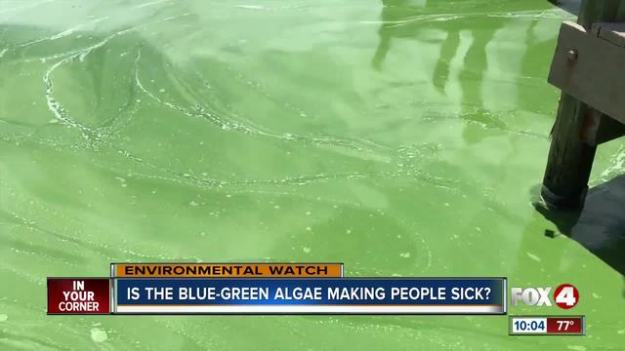 The fish died first, but now we’re seeing dead manatees, dolphins, and sea turtles. These animals don’t have gills. They don’t directly breathe the water. They do breathe the air just above the surface though. It’s clearly toxic.

Everything in the water is dying. The local economies will follow if something doesn’t change. 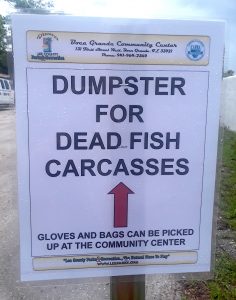 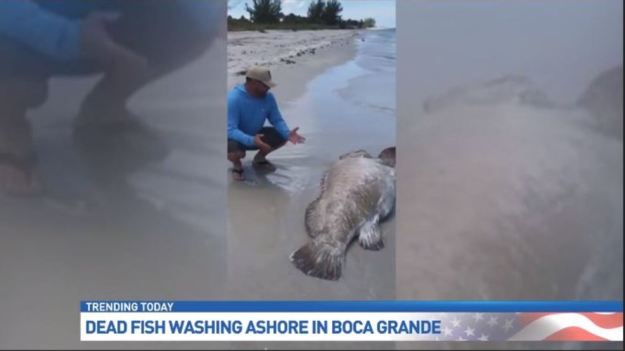 I don’t have a solution for Red Tide. There is no easy answer. The algae is a different matter though. It’s a man-made problem that can be fixed. So far, the political will to address that problem hasn’t existed. All of this will continue throughout our rainy season. Come winter, the waters will clear and the problem will be forgotten while the snowbirds bring money into the local economy. Finding solutions will be put on the backburner once again, and it will happen all over again next year.

We love this place. Bad water is not the sole reason for us wanting to leave. For those that remain, I hope for a real solution in the near future.