Kim and I took a nice country drive to Laurel Creek Falls today. At least we thought we were at the right place. We pulled off the road at an obvious parking space, but there were no falls. We poked around and found an extremely steep path down to the stream’s edge. It was well worn, and there was nothing else obvious in the area. Kim could not climb down. I went ahead and scrambled down the rocks and tree roots to the bottom.

I soon ran out of dirt to step on and resorted to rock hopping, until I came to an intersection in the stream. One branch ran under the road. 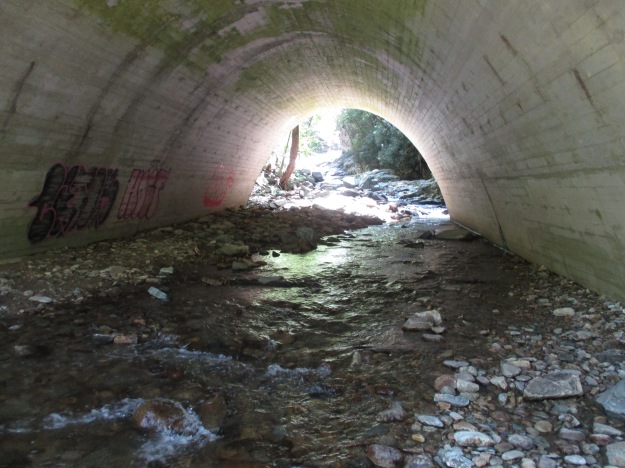 I didn’t want to get my shoes soaked so I didn’t take that route. Instead, I climbed up the hill by the side of the bridge. It was so steep I almost didn’t make it, but there was a handy tree root right where I needed it.

I crossed the road and saw two posts sunk in the ground for no particular reason. I thought they were trail markers. The “trail” turned out to be almost completely overgown, but I picked my way to a cliff overlooking the stream.

I walked on mossy slick boulders and used hanging vines to climb to the next higher rock. This was a dead end. I thought that was the falls. Climbing back up and out was even more difficult. I was seriously winded when I made it back to the road. The car was only a few hundred feet away though!

Just as I was about to cross back over the road, I saw a nice clean trail cut into the woods almost directly across from the parking area. DOH! After resting a few minutes, Kim and I returned to the trail and made an easy hike to a better section of the falls.

Your grandma could have made this hike in street shoes. I felt pretty dumb, but at least we found what we were looking for. Beautiful spot. No other people around, but plenty of evidence that folks frequent these falls. 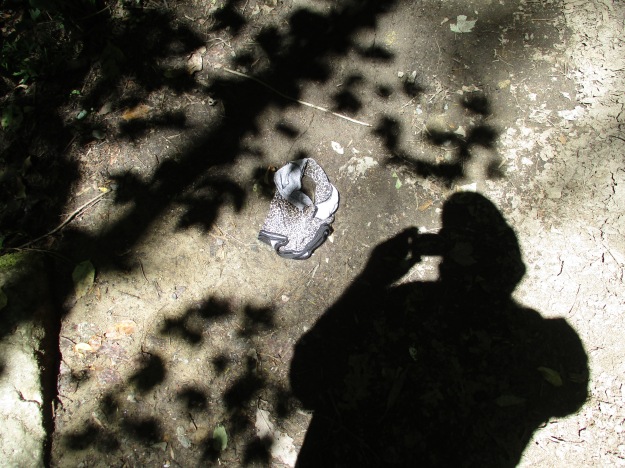 Laurel Creek Falls are less than ten miles from our cabin. The main falls is only a few hundred yards off the road, but once you’re back there it’s rugged country. 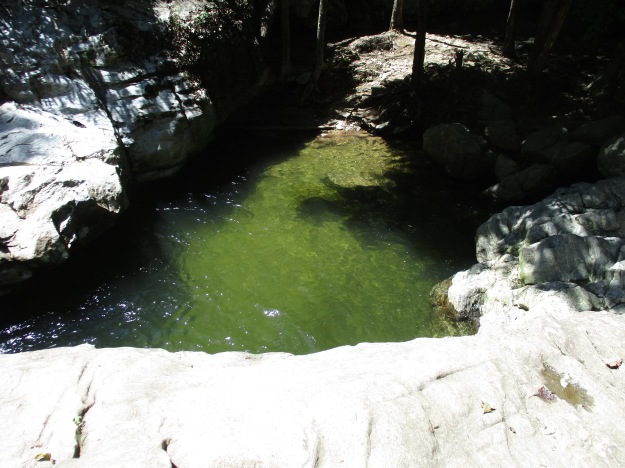 It’s well worth the visit, just make sure you find the right trail, so you don’t go bumbling about the woods like I did!

7 thoughts on “Where’s The Damn Waterfall? (A true story of bumbling about in the woods).”