Breeze is part rebel, part knight in rusty armor, and every ounce his own man. He’s a rugged, reclusive Florida boat bum, living on the outer edges of society. He’s on the run from his past, but that doesn’t stop him from growing dope on one island and brewing rum on another.

Trouble finds him, no matter how far off the grid he goes. He has a knack for getting out of predicaments, mostly of his own making. The women come and go. Breeze is the new anti-hero of Florida Fiction. 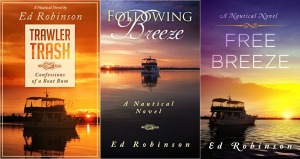 Readers are loving this new series. The reviews have been excellent. Click the links above or see all of my books at my Amazon Author Page:

Christmas passed and suddenly I was hit with a bought of inspiration. Not one but two excellent ideas managed to come out of my rum-soaked brain over the past week. I sat down with the laptop and banged out two good chapters that I’m really happy about.

The first is “Zombies Can’t Swim”. In this chapter I explain why you should be living on a boat during the Zombie Apocalypse. It’s hilarious, trust me.

The second is called “The Tim Dorsey Chapter”.

For those of you who don’t know who Tim Dorsey is, I urge you to pick up and read all of his books featuring Serge Storms. Tim is a New York Times bestselling author and Serge is a loveable serial killer. I asked Tim to contribute a chapter for this book. He told me that contractual obligations prevented him from participating in the project.

I wanted his input because most of what I see and write about takes place in Florida. No one knows more useless yet interesting trivia about Florida than Serge Storms. Tim would have been perfect, but it was not to be. What you’re left with is the chapter that would have been written by Tim Dorsey, had he said yes.

When I first thought of contacting him, I wondered what sort of chapter would he write? What would the frenetic mind of a writer who makes you root for a psychopath think when presented with the topic of Poop, Booze, and Bikinis? I then proceed to pretend I’m Tim Dorsey and write a very interesting and fun monologue that could have been from Serge Storms.

So yes, progress is being made. I’m feeling good about it as I await the next spurt of creativity. I just sit around drinking beer and watching sunsets and try to think of what to write next. Not a bad job if you can get it. 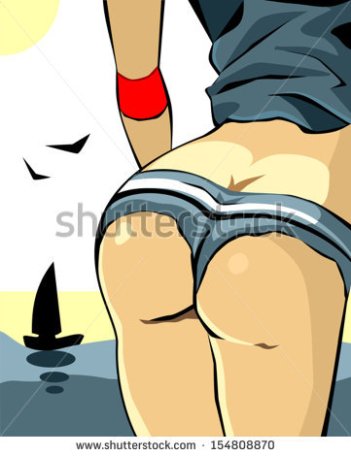